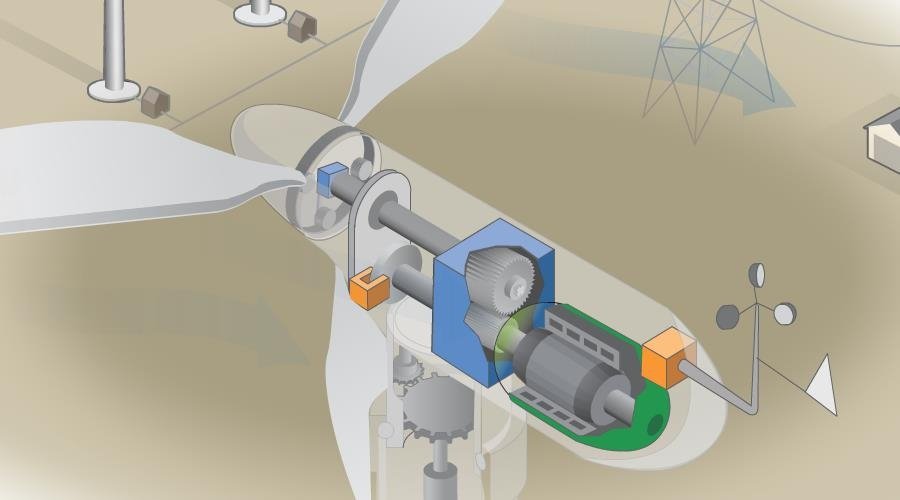 Wind turbines operate on a simple principle. The energy in the wind turns two or three propeller-like blades around a rotor. The rotor is connected to the main shaft, which spins a generator to create electricity.

Wind is a form of solar energy and is a result of the uneven heating of the atmosphere by the sun, the irregularities of the earth’s surface, and the rotation of the earth. Wind flow patterns and speeds vary greatly across the United States and are modified by bodies of water, vegetation, and differences in terrain. Humans use this wind flow, or motion energy, for many purposes: sailing, flying a kite, and even generating electricity.

Modern wind turbines fall into two basic groups: the horizontal-axis variety, and the vertical-axis design, like the eggbeater-style Darrieus model named after its French inventor. Horizontal-axis wind turbines typically either have two or three blades. These three-bladed wind turbines are operated “upwind,” with the blades facing into the wind.

Wind turbines can be built on land or offshore in large bodies of water like oceans and lakes. The U.S. Department of Energy is funding efforts that will make innovative offshore wind technology available in U.S. waters. 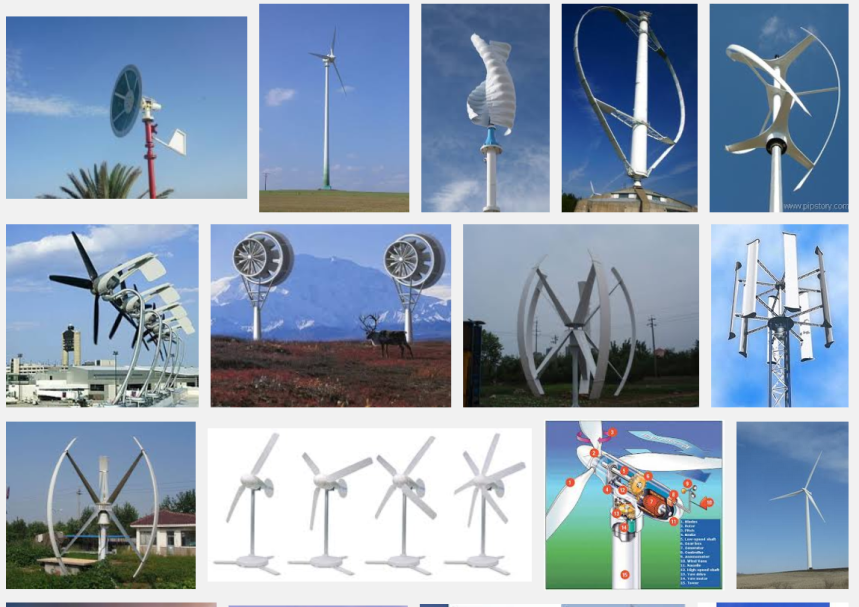 Utility-scale turbines range in size from 100 kilowatts to as large as several megawatts. Larger wind turbines are more cost effective and are grouped together into wind farms, which provide bulk power to the electrical grid.

Offshore wind turbines are larger, can generate more power, and do not have the same transportation challenges of land-based wind installations, as the large components can be transported on ships instead of on roads.

Single small turbines below 100 kilowatts are used for homes, telecommunications dishes, or water pumping. Small turbines are sometimes used in connection with diesel generators, batteries, and photovoltaic systems. These systems are called hybrid wind systems and are typically used in remote, off-grid locations where a connection to the utility grid is not available.