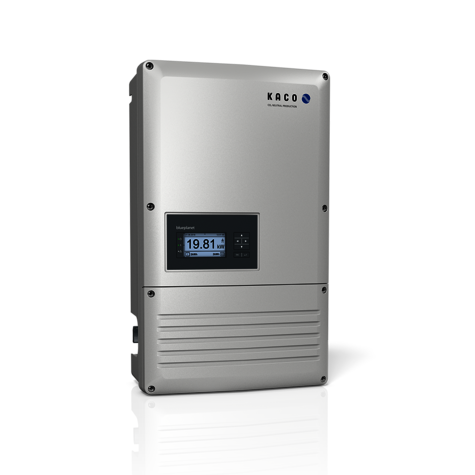 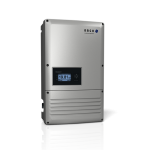 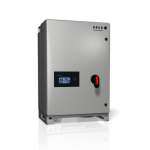 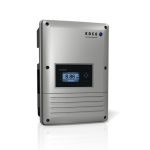 Versatile on the roof, powerful in the park.

The all-rounders among inverters

With the blueplanet 15.0 TL3 and 20.0 TL3 inverters you can easily deal with commercial and industrial solar power plants – even if non-uniform or mixed roofs require a sophisticated design. Both inverters have 2 MPP trackers to which you can connect 2 strings each symmetrically as well as unsymmetrically.

To give you all the options when choosing the PV modules, the MPP trackers can be assigned a maximum input current of 20 amps for connecting the strings in parallel – or you can bridge the trackers and even switch on 40 amps.

For ground-mounted solar parks you use the inverters as a congenial addition to the larger blueplanet 50.0 TL3. All inverters are suitable for connection to low voltage and medium voltage grids.

The safety aspect is emphasised by pre-installed sockets, which can be fitted at any time with SPD type 1+2 combined arrestors for DC overvoltage protection. In addition, the inverters are guarded against salt air corrosion near the sea as a standard feature.

The blueplanet 15.0 TL3 and 20.0 TL3 are also equipped with section switches ex works. These can be addressed directly by the Powador-protect control unit – the most cost-effective solution available on the market for grid and plant protection and feed-in management.

Your benefits at a glance

Empfingen, Germany: Since 2011, the Powador 10.0 TL3 has been working in this solar PV system with a total output of 148 kilowatts. While the solar trees line a strip of motorway here, the advanced inverters, blueplanet 15.0 TL3 and 20.0 TL3, are prepared against salt corrosion – and thus open up new spaces for the construction of solar power plants in coastal areas.

has been added to your cart:
Çıkış yapmak